The Liestoppers forum has posted the deposition transcript of Duke police first sergeant Gary Smith. Smith’s name would be known to people who followed the case very closely as the Duke employee who, in violation of FERPA, handed over the lacrosse players’ keycard information to the DPD—and then, at least according to the implied Duke version of events, initially didn’t tell anyone what he did. 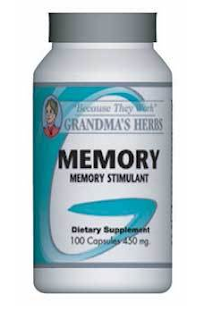 Perhaps Sgt. Smith needed to take a few of Grandma’s pills before being deposed. Over the course of the session, he claimed that he could not recall:


Sgt. Smith also claimed not to have known at the time of the allegations that:


When he occasionally shook free of his memory-induced haze, Smith did make a few damaging admissions.


Nothing in the Smith deposition should give any confidence in the integrity of the DukePD.
Posted by kcjohnson9 at 5:36 PM

"Nothing in the Smith deposition should give any confidence in the integrity of the DukePD."

Nothing in the Smith deposition should give any confidence in the integrity of Duke University.

FIFY (fixed it for you.)

Is Smith a Communist?

There is a truth, which is not cynical, because it is true: police sometimes lie.

But, they lie. Many times, judges pretend to believe lying policemen.

This is the experience of anyone who has ever spent a significant amount of time at court trials of all kinds.

Jurors need to have this understanding as part of their ordinary experience as they weigh the credibility of police testimony, in any case, at anytime.

Just because a policemen shows up to testify in uniform, with badge on chest, does not necessarily mean what you are hearing is the truth.

Now you know why Duke and Durham did all that legal maneuvering to delay discovery. If Sgt Smiths testimony had been taken right after the suit was filed he'd have a hell of a time "Not Remembering"

You used the very words I was going to write. The lack of integrity of people at that university is stunning, just stunning.

A faculty member at Duke told me that in the lacrosse case, at every turn, the administration always acted in a slimy way. As far as I am concerned, they need to empty the Allen Building and leave it to the roaches, the spiders, and the four-legged rats. At present, the rats in Allen are two-legged.

Apparently Smith thinks that he will be charged with a crime, and is laying the groundwork for using a Dunning-Kruger defense.


Somewhere a village is missing its idiot. Call DukePD to make arrangements to pick him up.

If I had had anything to do with the Duke Lacrosse case, I'd want to forget it all.

My dad told me .... Early in life..probably as a teenager...before Dunning-Kruger...that he would like to buy me for what I am worth and sell me for what I think I am worth. He was both smart and wise. Doubt if the sentiment expressed originated with him. I've expressed it to my children and grandchildren.

Sgt Smith made some ill-advised decisions early on. Having a solid ethical framework serves one well, regardless of one's calling.

One can be charged with perjury for "not recalling" any event of significance if it is clear that the purpose is obstruction and evasion. EIther SMith is taking medication affecting his ability to recall events, or his memory is so bad that he suffers from a debilitating mental illness. Or he is just lying. Likely, he is just lying.

Every now and then, one runs across a witness who thinks he or she is outsmarting everyone by simply claiming an inability recall events. It never works.

The deposition reveals that the Duke Police Department considered disciplinary action against Sgt. Smith for his activities, including improperly turning over the FERPA-protected key card data to Sgt. Mark Gottlieb.

Could there have been a quid pro quo explaining Smith's "memory loss" and the destruction of some of his notes? Smith has already admitted turning over the key card data. Why is he protecting his superiors by conveniently not remembering when he told them that Gottlieb already had the data?

When asked to identify himself for the record, did Sgt Smith have to check his drivers license?

This supports a belief I have held for many years:


In the minds of the police, the entire population can be placed into one of only two categories - bad guys, and other cops.

I have confidence in the integrity of the Duke PD to write very effective parking tickets at Duke.

This is obstruction of justice, pure and simple. A few weeks downtown in the can is a better memory enhancer than any pill...

I can only assume that the attorneys are setting up perjury traps for Smith (and likely) others.

Shame and more shame, heaped on these people. Duke will not recover any semblance of integrity untill all those involved in this slimy fiasco are gone.
Houston Baker, the infamous foul mouthed one, referred to the LAX guys as farm animals. The way it looks to me, I'd rather be a cow than a snake.....the 88, the Allen building, the BOD.....reptiles, all.

Held: A witness in a grand jury proceeding is entitled to the same absolute immunity from suit under §1983 as a witness who testifies at trial.

WRAL is running a story that Shella has quit as Mangum's attorney....probably got fed up with her antics and the infamous Dr. Harr......who inappropriately and, some would say, illegally posted PHI all over his web site. Hooray for Shella....run, pal.
Who is sister gonna get for an attorney? Cline

How rare it is for miscreants like Nifong, Brodhead and the 88 to have their feet held to the fire this long.

Officials go on "administrative leave", the news dies down, and no one remembers the people that screwed things up. No one is there to keep the record straight.

I can only imagine -and savor-the deep annoyance of Duke, Broadhead, the 88 and Nifong that their deeds are not "yesterday's news."

This blog is so great. My thanks.

Below is a very good article with references to Nifong and the Duke Lacrosse case.
------
-The Supreme Court Again Upholds Your Right to Be Framed-

“…Consider the example from Durham in 2006. There, District Attorney Nifong had no case against three of Duke's lacrosse players who had been falsely accused of rape. But he obtained a grand jury indictment after officers lied to the jurors (who heard 80 other cases that same day, and returned true bills of indictment for all of them).
All Nifong needed thereafter was intimidation, not a trial……”

Every now and then, one runs across a witness who thinks he or she is outsmarting everyone by simply claiming an inability recall events. It never works.

I recall it worked out pretty well for Hilary Clinton.

Is Duke a state school?

"Is Duke a state school?"

Duke is a private, tax-exempt charitable trust--meaning, that should its handling of its funds become questioned, the Attorney General should intervene (as with any public charity) to
determine if the trustees are abusing
their authority and misusing those funds.

(As, for example, using millions to pay for what in effect may be their own personal legal defense, in the guise of defending the school).