The Carrington lawsuit, the most significant of the lawsuits against Duke, was settled today. No settlement terms were released--but given the overt hostility of the 4th Circuit to the lawsuit, and the ruling by Judge Beaty affirming that the student bulletin and faculty handbook aren't legally worth the paper they're written on, the decision can't be seen as much of a surprise.

The McFadyen lawsuit, for the three plaintiffs represented by Bob Ekstrand, remains alive. This news nonetheless means that chances of Duke being held accountable in court for its mistreatment of its students are very slim indeed.
Posted by kcjohnson9 at 12:04 PM 8 comments:

WRAL reports that false accuser and accused murderer Crystal Mangum has posted a $200,000 bond and is now out of jail, awaiting trial. The article doesn't reveal the source of the cash. Presuming Mangum hasn't suddenly inherited money, it would seem as if an unexpected financial backer has delivered for her.
Posted by kcjohnson9 at 3:03 PM 12 comments:

A few items from Duke and other campuses:

First, a horrifying story of anti-Asian prejudice from a Duke fraternity (followed, a few days later, by reports that at least some Duke students—there are debates about how many—were mocking a NC State basketball player over his grandmother’s death). These are not signs of a healthy campus culture.

The recent events recalled an item from UPI, revealed by Stuart’s reporting—that in the 2005-6 academic year, around 20 student groups hired strippers for campus parties. That well-meaning and basically decent students could make such poor choices provided a legitimate ground for the university to launch an impartial examination of campus culture. So, too, did the issue of whether prejudice was too rooted on the Duke campus.

But examining these issues would have required shining a harsh light on not merely Duke students but also some Duke faculty—it would be hard to argue that prejudice did not factor into the behavior of at least some of the Group of 88, such as Houston Baker, Wahneema Lubiano, and Grant Farred. So the Brodhead administration avoided these difficult issues and instead implemented the Campus Culture Initiative, allowing three of the CCI’s four subcommittees to be run by anti-lacrosse extremists. The CCI unsurprisingly produced a report so extreme (urging that Duke adjust its scheduling policies to basically force the university to withdraw from the ACC, recommending a curricular change that would have compelled the vast majority of Duke undergrads to take a course from a Group member) that even Brodhead had no choice but to shelve the panel’s findings.

Duke has suspended the anti-Asian fraternity, allegedly for reasons unrelated to the prejudicial behavior.

Second, at Penn State, the Paterno Family has released its long-awaited critique of the Freeh Report. I analyzed the document over at Minding the Campus. The report provides almost no new evidence, continues the general pro-Paterno pattern of insisting on wildly counterintuitive interpretations of circumstantial evidence, and presents several odd interpretations of due process. On the latter point, for instance, the Paterno Family attacks Freeh’s investigators for not interviewing two senior administrators (Freeh instead relied on contemporaneous e-mails from the duo) who declined to cooperate with Freeh on advice of counsel. Yet the Paterno Family’s hired attorneys and experts didn’t interview the two senior administrators, either.

In the event, so obsessed was the family with restoring Paterno’s tarnished reputation that they bequeathed a report that effectively left unchallenged Freeh’s central assertion that a handful of powerful administrators cooperated to bypass the legal requirement to report Sandusky to police—only that Paterno (a figure, apparently, without much power or influence on campus) played no role in these decisions.

Finally, on my own campus, a shameful episode, in which the school’s political department formally (and highly unusually) voted to affiliate itself with a talk by two advocates of separating Israeli from the international community, including boycotting Israeli academics based on their nationality. Then, facing intense public criticism, the professors refused to provide a rationale for their vote. (This vision of academic freedom amounted to an accused criminal pleading the 5th amendment.) When the event occurred, a handful of anti-BDS students were expelled from the proceeding, despite the college president’s invitation to critics of the talk to attend and ask questions.

The college’s apparent disinterest in the academic freedom of its students reinforced an impression that a fear of antagonizing powerful anti-Israel forces on campus guided the administration’s approach to the case. 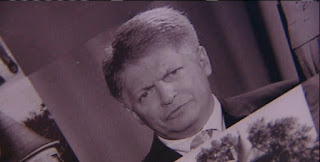 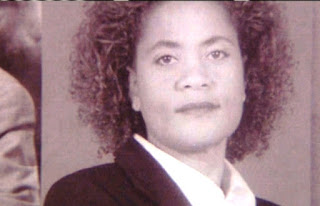